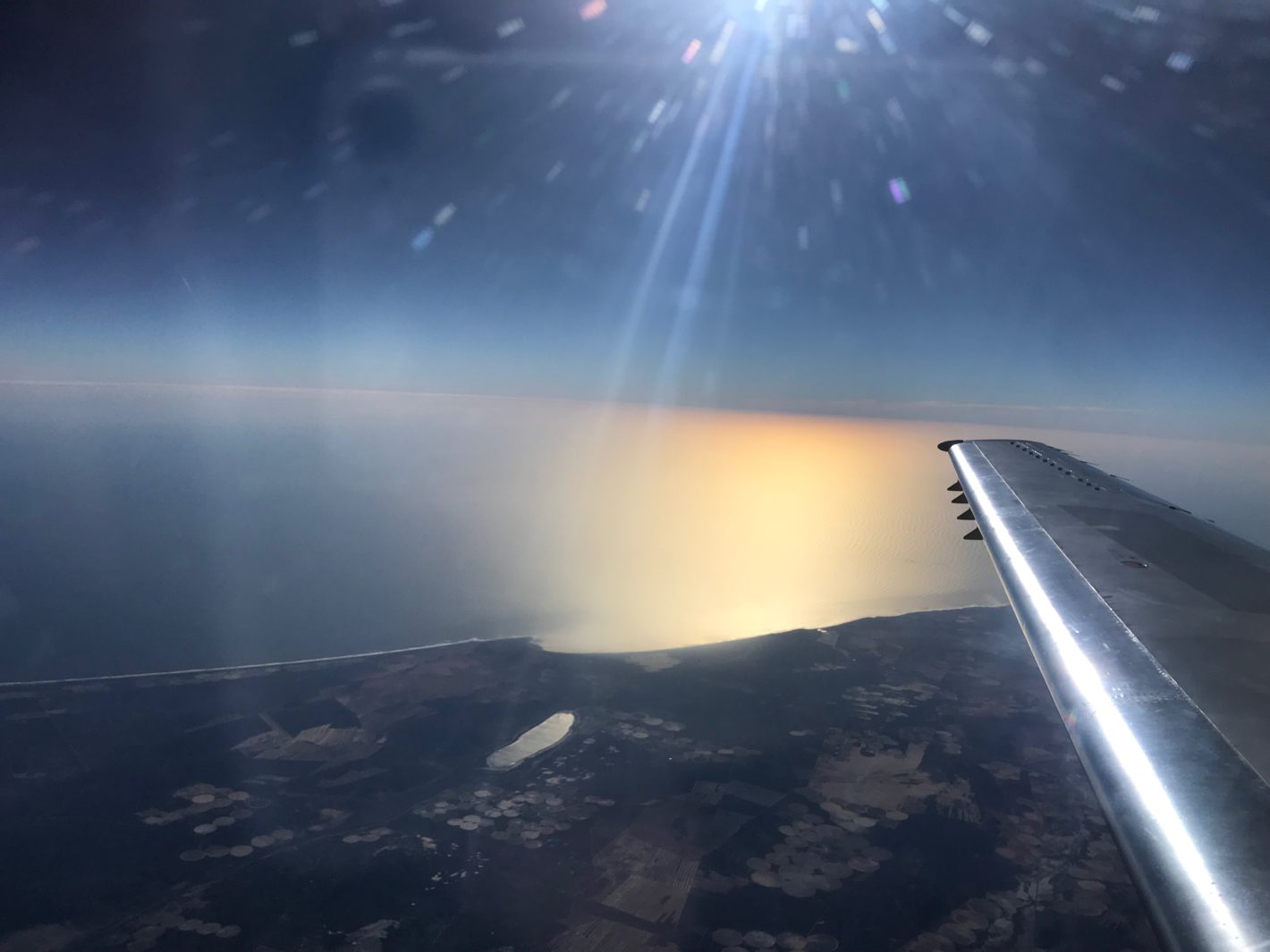 Entering Namibia was easy and pain free, without unnecessary bureaucracy, we had to fill out a form, scan our fingerprints and then we got the passports stamped and ready to go. The whole process took 10 minutes in total and was very different from what we had been used to for the past months.

Right after the border, just 500 meters into the town of Oshikango, there was a KFC. We decided to eat there to kill some time since we had 8 hours to spend before the next bus to Windhoek at 18:00. We noticed straight away that we were no longer in the “real Africa”, Namibia is way different and the small border town alone had several “malls” and fast food chains. Our first impression got strengthened when we arrived in Windhoek at 06:00 the next morning after yet another cold and uncomfortable night. Since we couldn’t check into the hotel before 14:00 we decided to walk into town from the outskirts where our hotel was. Walking into town and having breakfast at a café, we realized that Windhoek actually resembles a southern European or American city more than a regular African one. The streets had no trash in them, the air was fresh and unpolluted and the entire infrastructure of the city was well maintained and had architectural looks. Having lived for months in rural Africa, coming to Windhoek was like turning on a light switch. After breakfast we visited a botanic garden/small zoo with monkeys, ostriches and other animals. We then spent the night at a great and affordable hotel and were pleased to finally get a good night’s sleep in a bed again before taking a flight to Cape Town the following day.

Today, having eaten at the complimentary breakfast buffet we took a taxi to the airport. The airport we were flying out of is the biggest airport in Namibia. However, since the country is extremely small in population, so was the airport. With 6 gates and a total of 4 stores inside a tiny waiting area, the airport wasn’t that much, but time went by and soon we were in the air with Airlink a partner of South African airways. Being used to low priced European flights we didn’t expect much, but soon after takeoff we were offered a meal with a choice of chicken or beef and drinks, all included in the price. We were surprised since we didn’t expect that much in a short two hour flight.

After a comfortable flight, we landed in Cape Town just hours ago at 17:00. Arriving in South Africa marked the 20th and final country of our trip, and although we had not driven our own car into Namibia, and taken a plane into South Africa we are still very pleased about our achievement. It has been a long way here since our departure from Geretsried January 20, we have travelled for exactly 84 days today, driven 16.170km in our own car and another 2.480km by bus. We are planning to enjoy our remaining days in Africa here in Cape Town before traveling back to Norway on Tuesday.