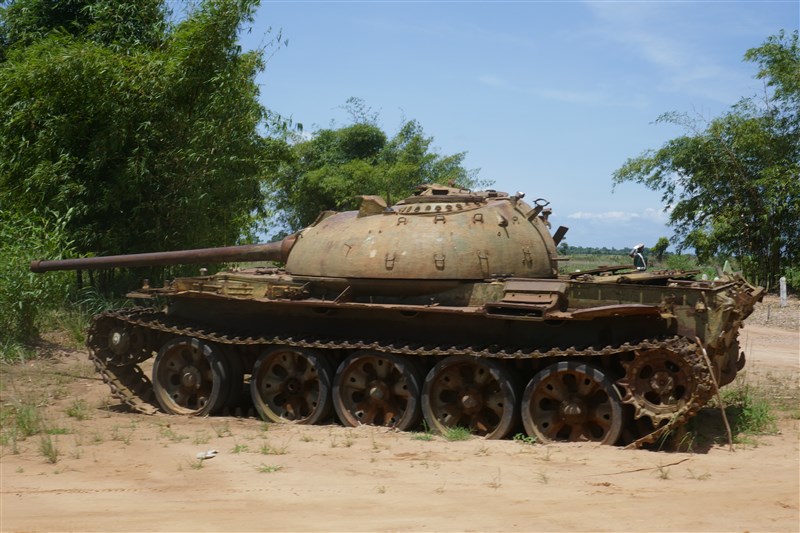 Leaving Cabinda it is clear to see that the Angolans really like to show off. Cabinda is this tiny piece of land between the two Congo’s and it is rich in oil, it is also an Angolan province which I think the Angolans like to point out. Both borders we crossed, in and out of Cabinda, were very well made compared to their Congolese counterparts just a few meters away. The biggest contrasts were at the Cabinda - DRC border that we were crossing that day. On the Cabinda side there were paved roads with sidewalks and a bank. Just across the gate into DRC the road stopped and the buildings returned to the weary African standard.

Nevertheless, border crossing was fine on both sides, but took some time since the Angolans at the Cabinda side didn’t bother to show up before well over half an hour after the border opened. After everything was cleared we drove into DRC and straight onto a side road that would lead us away from a grossly overpriced road tax aimed specifically at tourists who pay many times more than the locals. Since the detour around the road tax was a bit long and the roads in that part of Congo were dreadful, we had to spend the night in Boma after having payed the second road tax on the way, which there was no chance of avoiding. This wasn’t too bad though, considering we had saved money sneaking away from the first tax.

The second day in DR Congo offered way better roads, thankfully! It was actually paved roads all the way to the border with Angola and the border town, Luvo. On the way there we had to pay some more road taxes, luckily these were reasonable and even the locals payed the same amount as foreigners. As we were closing in on Angola the thought struck me that DRC is not all bad. It is definitely not a tourist destination, but neither is it so dangerous and unfriendly as I had expected it to be. Mind you, we were only in the southern part of DRC and it is supposed to be worse up north. Nevertheless, I found DRC more pleasant to drive through than Nigeria, it felt less intimidating. I at least thought so right up until when we arrived to the border, where total chaos reigned. People were pushing their way into DRC from the Angolan side and the gate was completely blocked by people and motorcycles trying to pass. It got so crowded that the police officers actually started hitting people with wooden sticks and kicking them back with their boots. Never had we witnessed such a mess at any border before and we were both speechless. We were fine though; the police cleared the gate for our car and let us pass without any trouble.

After a little paperwork and some stamps, we were in Angola and with that began the last leg of the journey. Since Angola was the last country we needed a visa for because of our EU membership everything would be clear sailing all the way down to Cape Town.

At least we thought so…