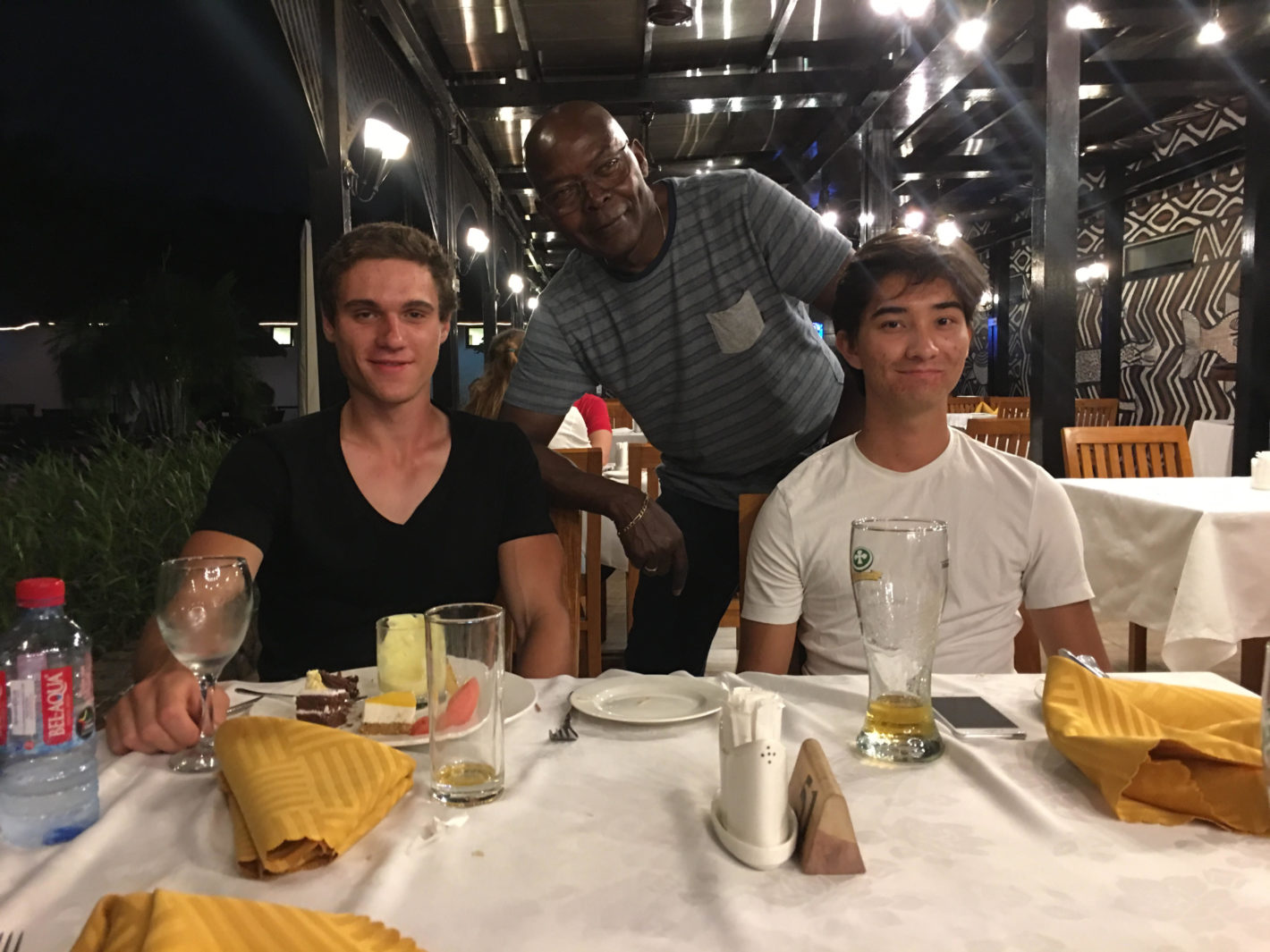 Entering Ghana, the immigration office was properly laid out and far more developed than what we had seen before, making it an easy process getting into the country. Since we arrived quite late we ended up driving only 50km or so into the country before staying the night at a hotel.

The next morning we headed for Accra, where we would stay with Henry, a family acquaintance who happened to be visiting from Norway at the same time we were there. The drive to Accra went alright except a minor incident with the police when they caught us speeding. Thankfully everthing was sorted out easily. On road we also started noticing that it is very common in Ghana to sell dead antilopes along with the usual bananas and yams.

When we arrived at Henry's adress the security guards were sceptical of us, not letting us enter until they had spoken to Henry over the phone. Since it is a nice neighborhood and the appartment building we were entering was really nice I guess it's a good thing that they take precautions.

Henry was very welcoming and generous. It was so nice to finaly have seperate bedrooms and bathrooms for a change. He also took us out to dinner and showed us the city. The stay with him was just pure luxury compared to what we had been used to. But we still had far to go, and after just two nights in Accra we traveled towards Togo.

The drive to Togo was rather uneventful except for a policeman giving us a hard time for not having reflexes on the side of our car. All cars in Ghana have this, but since our car is from Europe and we are tourists this shouldn't have been a problem. Still, he demanded money. We refused to pay him and with some time and patience he gave up.