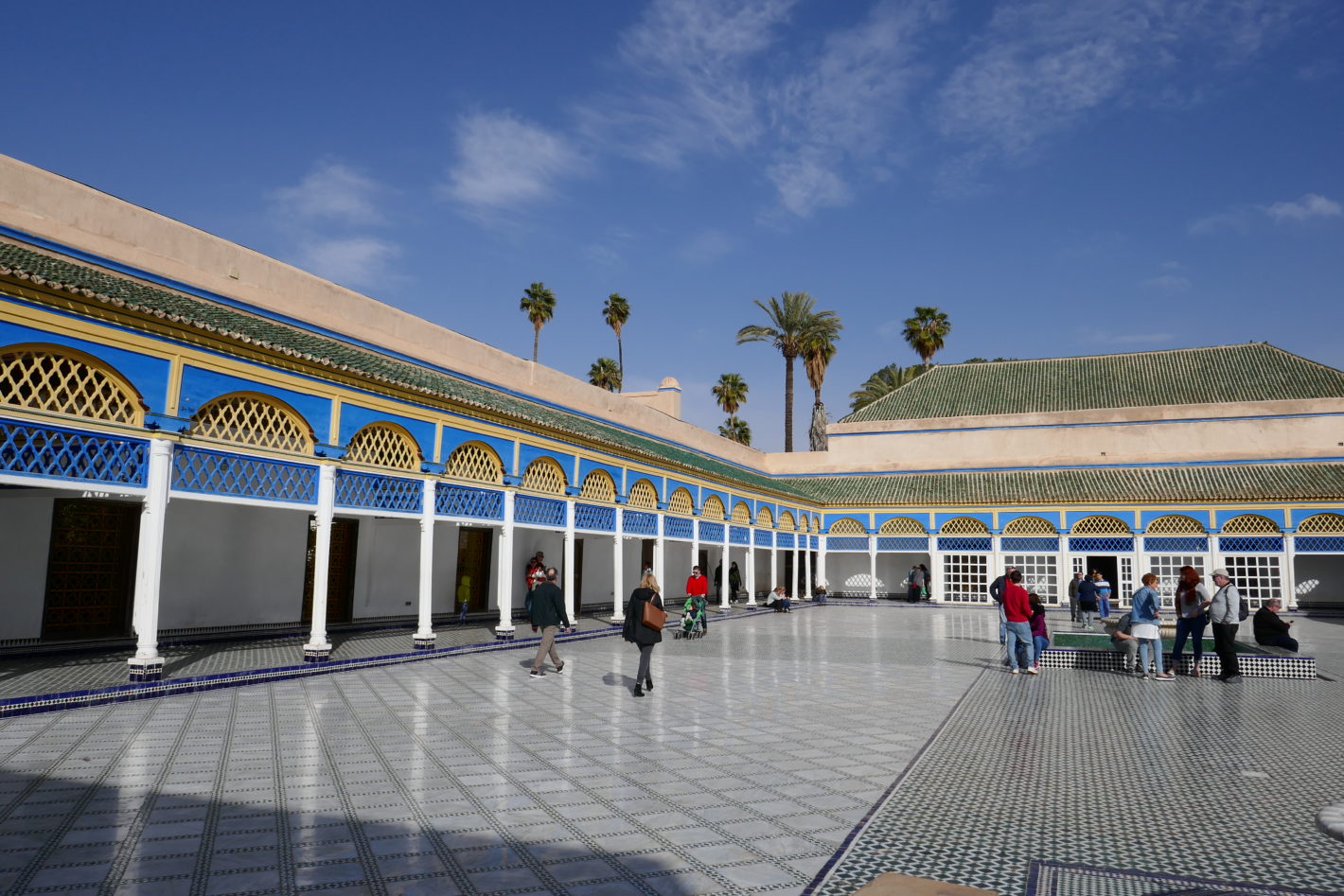 We arrived in Marrakech pretty late and spent the night at a nice camping place with a very friendly Moroccan owner. With 3 degrees Celcius this was our coldest night so far. We were just eager to get further down south and get a little bit warmer nights as our entire equipment was meant for much warmer weather. Anyhow, we had to see Marrakech. Just stepping out of the car we could already see how much more touristic it was. Just a hundred meters of walking and we already got a "guide", which we didn't ask for at all. He wanted to show us everything, and we were stuck with him until he asked us for money for being our guide. We had already told him from the start we didn't have any so we ended up walking some hundred meters with him following us asking for money until he gave up. The medina of Marrakech is beautiful, with lots of life and everything from juice stands to snake shows. However, absolutely everybody wants your money. I took a picture from a snake 20 meters away and a guy already came running asking for money for pictures. As soon as we got deeper into the souks it was a lot nicer, and you could walk in peace watching the beautiful colors within the souk. The next stop was the king's palace. Walking around in the suburbs of Marrakech we asked a guy our age for the way, and of course he wanted to show us himself. Knowing how what happened last time we told him we can walk there ourselves. Then he told us the palace is closed and we need to follow him to see the gardens, while at the same time offering us weed. The way he wanted to show us was completely wrong according to our GPS and would have led us down a shady alleyway, so we insisted on going our own way. After a pretty exhausting trip in the city, we got our car and drove towards Agadir.
Right before entering Agadir, we had really bad luck. We forgot to buy insurance at the border and didn't want to go back to get it once we had driven a bit, so we were driving with our old insurance card from Germany which was invalid for Morocco. And of course, we had to be stopped and asked for insurance right there (also the only time in Morocco). The policeman got really angry with us and took all our car papers, went away for a while, then asked me to come to the police car. I thought I'll maybe get arrested or something. But it wasn't that big a problem, he wanted to give me a disciplinary fine which was easily paid with some cash we had left. So we got away with only paying 30 € which was cheaper than paying for the insurance for the days we've already been in Morocco, so we were happy anyways.
We stayed in Agadir one night and continued down to Western Sahara.