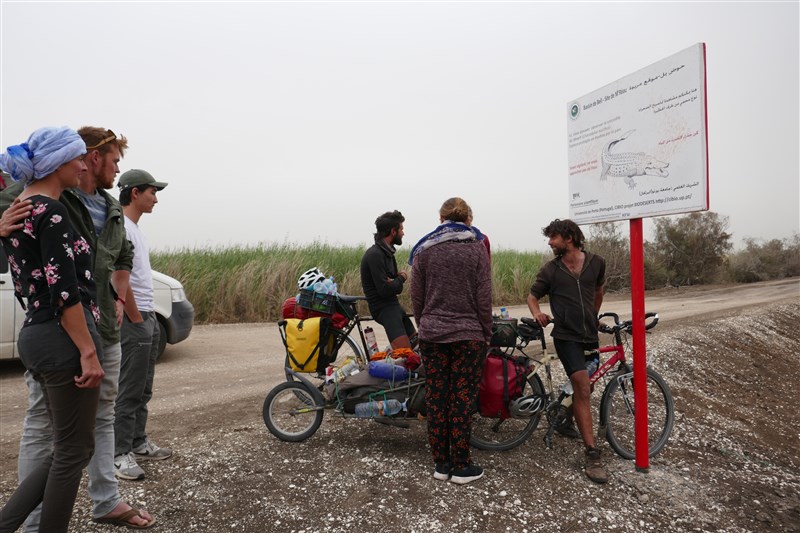 It was quite late when we arrived in Nouakchott that evening. The final stretch of roads leading into the city had been littered with pottholes and since one of our main headlights isn't working spotting them was difficult. We were therefore very exhausted when we got to the campsite we would be staying at.

Terjit Vacances is a lovely campsite by the ocean run by a Mauritanian who had studied engineering in the U.S. He spoke perfect english and was extremely helpful. He even took time off to help us find spare parts for our car in town the next day.

Spending some time in the city in daylight we quickly saw a huge difference in infrastructure from that of Morocco. Mauritania with its population of only 3,5 million is far from as developed as Morocco.

Later in the evening we went to the local fishmarket where we bought some fish that the onsite restaurant at Terjit Vacances gladly prepared for us - it was delicious! At the campsite we met a dutch couple who were driving down to Gambia to donate an ambulance. We started talking and agreed to drive to Senegal together the next day.

The next morning, after having spent two nights at the campsite in Nouakchott, we drove towards the Senegalese border with our new friends from last night. The roads southbound were much worse than those we drove in from, huge pottholes and road that was under construction meant that we were never able to maintain an adequate speed. This slowed us down and we didn't reach the border crossing to Diama before dusk. Just before the border, in the national park that precedes it, we met yet another pair of European overlanders. These two british guys had been biking from northern Spain all the way down there, a journy that had taken them allmost four months.

At the border crossing we were held back by a sleasy and corrupt Mauritanian police officer who demanded €10 in order for the car to leave the country. Since we had already payed this exit fee to another police officer we refused and waited until he got sick of us and stamped the passports.

When we finally entered into Senegal it had gotten dark. This combined with the fact that the dutch couldn't get their car through that day because of some trouble with the paperwork, we decided to stay the night right there at the border. This turned out rather well, we were invited to taste the leftovers of the borderguards' supper, though it actually tastet more like a dessert. We made camp on the perimiter and ate some proper food before going to sleep outside of the immigration office.