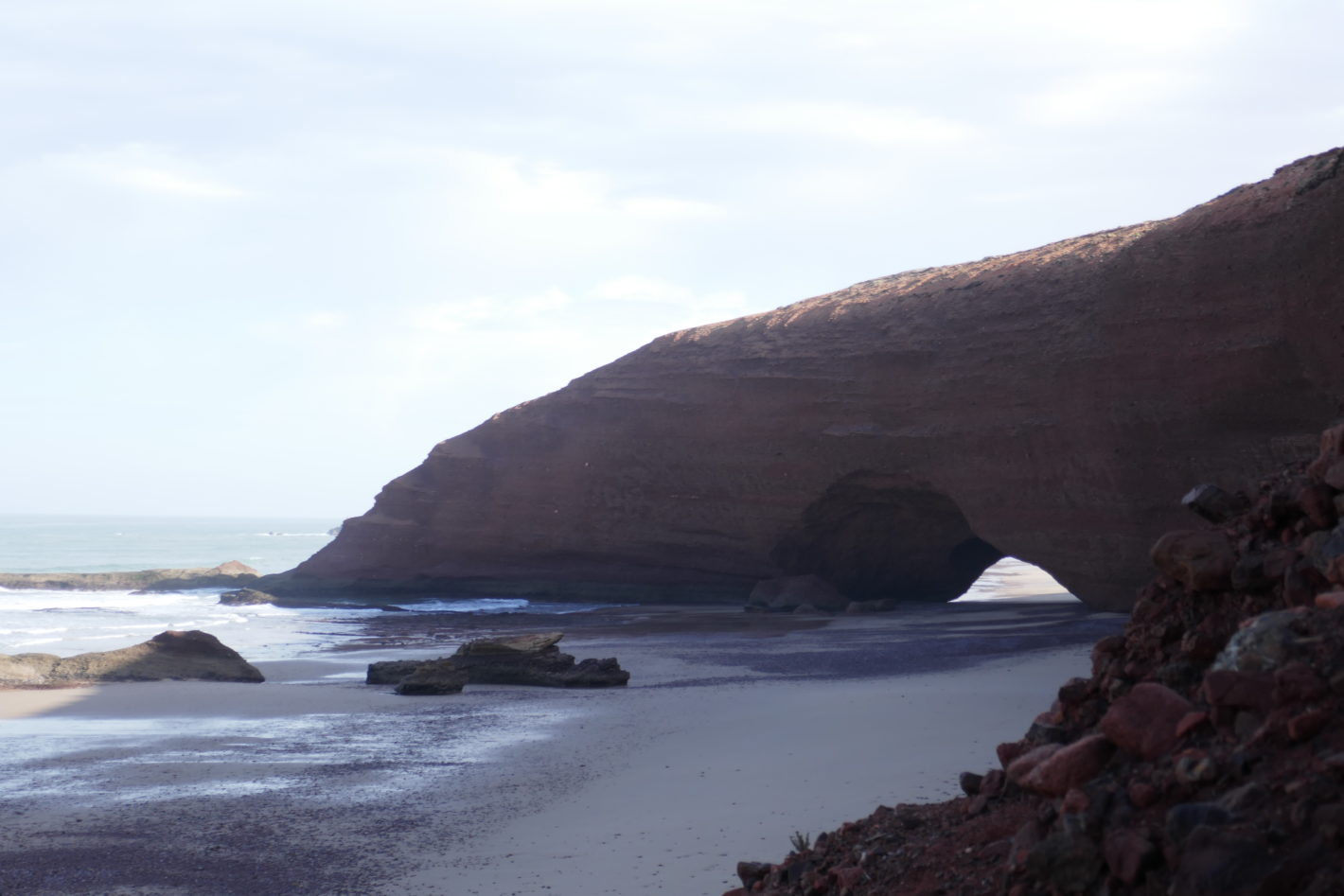 So the last couple of days can best be expressed with pictures. Each place we camped was just breathtaking scenery. The first day we crossed over to the "country" called Western-Sahara, there was no border or anything because of the Morrocan occupation, the only thing different was a lot more police stops and them wanting to take your information. This is solved in a pretty simple way with us having made premade "fiches" - basically a paper with all our information on it, where we came from, and where we were going.
The first city in western-sahara was Laayoune, which is a beautiful-looking pearl showing up after some hours of driving through stone desert. It is an illegally occupied area by the Moroccans, but you gotta give it to them; they've really made something out of it. And to our surprise there also was the most beautiful Mcdonald's I've ever seen there. Clean western toilets, hip-hop music playing on the speakers and free wifi. I'm absolutely not a big fan of McDonalds and usually never eat there. But you can't even imagine how good it feels eating a fat McDonalds burger in the middle of the desert.

The next couple of days consisted of driving until we reached Dakhla. Also a city in the middle of the desert and on a half-isle out to the Atlantic ocean - a heaven for surfers and a hell for our tent. The city was beautiful and some of the cleaner cities we've seen in Morocco, but it was extremely windy. So after having eaten something we went on to find a sheltered place to camp. We ended up camping on some type of parking lot with 30-40 french and german motorhomes. (I think you can't find a country in the world where there aren't german campers.) It was pretty weird actually, because we felt quite adventurous driving in an occupied area and through nothing but desert, and suddenly there is a little population of European campers in their 70s there. Anyways, the campers were nice and we were sheltered from the wind so we were pretty happy.
We also met a Belgian overlander who was 80 years old and traveling alone in his VW transporter, he had traveled a lot in Africa before and gave us some good tips for our trip. Really cool guy. Waking up the next morning there were some backpackers who had camped beside us. They had driven a car they got as a gift in Portugal down there and were planning to leave it hitchhike further down to Mauritania and Senegal. Lucky for them we managed to make space in our backseat by putting our diesel cans on top of the car and squeezing the rest in the back. So, with two polish hitchhikers and our car starting to look like a real overlander vehicle (see pictures) we headed to the Mauritanian border.