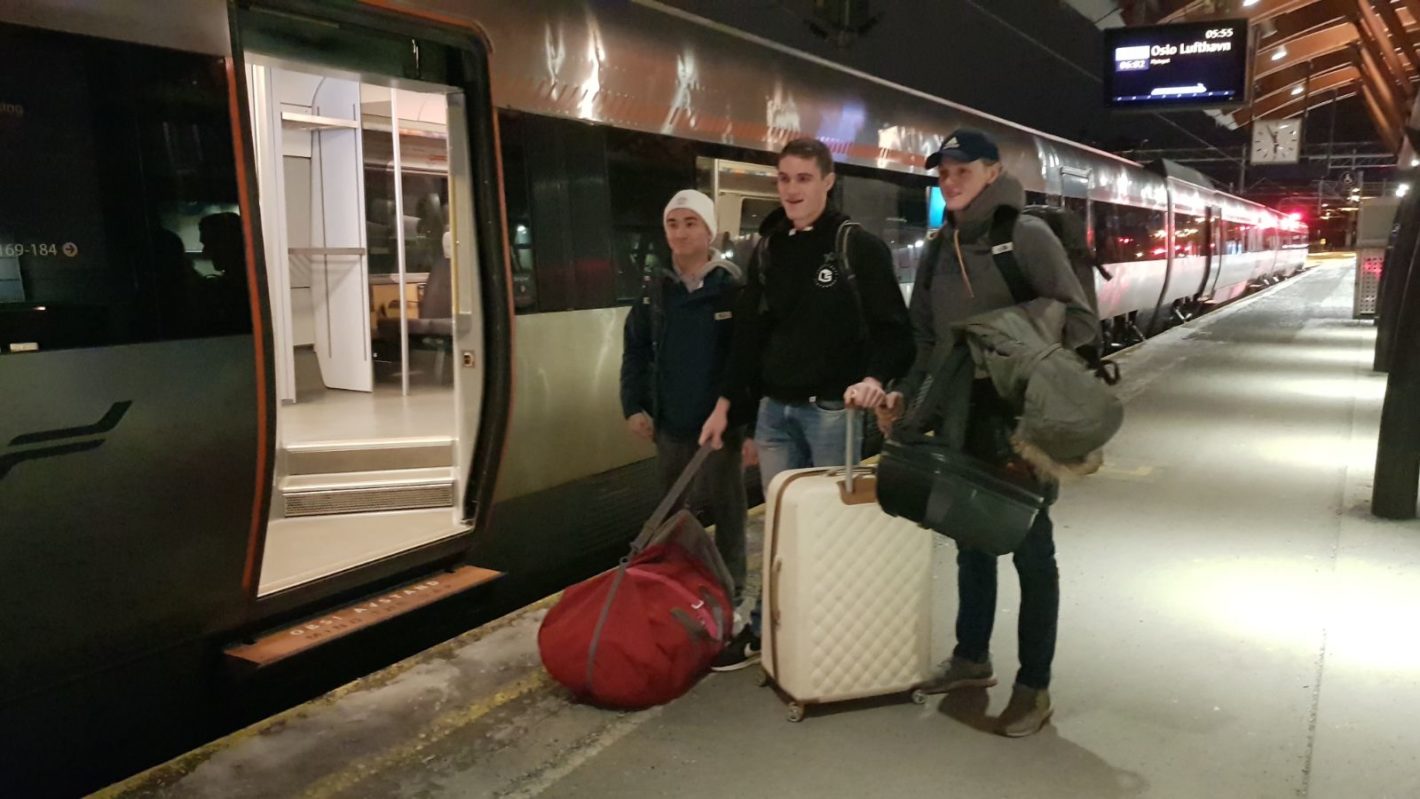 We arrived in Germany on January 6th for the final preparations before the big journy. We hoped this would take no more than a week, but as we were about to learn; Germany is surprisingly bureaucratic and difficult, even compared to Norway.

Right away we started buying and gathering supplies and tools we might need. Things like cooking equipment, foldable chairs, tools and medical kits were all loaded in the car. Meanwhile we also had to register our vehicle and acquire carnet de passage for it. As it turns out, insuring and registering a vehicle in Germany requires way more paperwork than what we're used to back home and there was just loads of unnecessary work. It was actually a small win when we finally got our very own number plates on the car. However, the problems did not stop there.

Ever since we bought the car we'll be driving (a Hyundai Galloper) we've had problems with the clutch. At first it just seemed a little weird and sort of soft but during the past few days we found it difficult getting into first gear and reverse. After searching the internet we concluded that it must be air in the hydraulics. So we desided to visit a workshop to pump the air out. They found out, however, that the entire clutch was ruined and needed to be changed out. This cost us €1000 in total, a bit expensive, but it was a necessity. The guys at the workshop took the car in immidiatly and fixed it within a day so now we have an improved Galloper ready for Africa.

While staying in Munich we have lived with Luis' grandmother in Geretsried, which a small town south of Munich. Not only did she open her home for us, but also helped us registering and insuring our car.

It is currently 12 days since we arrived in Germany and we are allmost ready to leave. The car is packed and ready. The only thing we have to do is mount the rooftent which we picked up in Munich today! It has been stuck in customs for several weeks now and it has been over a week since we payed the import taxes and the rediciculously high toll fees. We tried calling the agent several times to establish an estimated time of arrivel (Luis called since he speaks fluent german), but we never got a definitve answer before yesterday. Luckily we were promissed that it would arrive in Munich either today or tomorrow. This time we got lucky and it arrived today which means that we are on schedule and will be able to leave Germany on Saturday!

Though it has been a lot to do and take care of before departure, we've also had some fun. One day we took a car ride to Achensee in Austria. It was a nice trip and the scenery was beautiful. The third person in the pictures is Espen. Sadly, he became homesick and chose to leave the tour and went home to Norway again.

This leaves me and Luis and we're excited for the trip to start. Next stop: Barcelona.