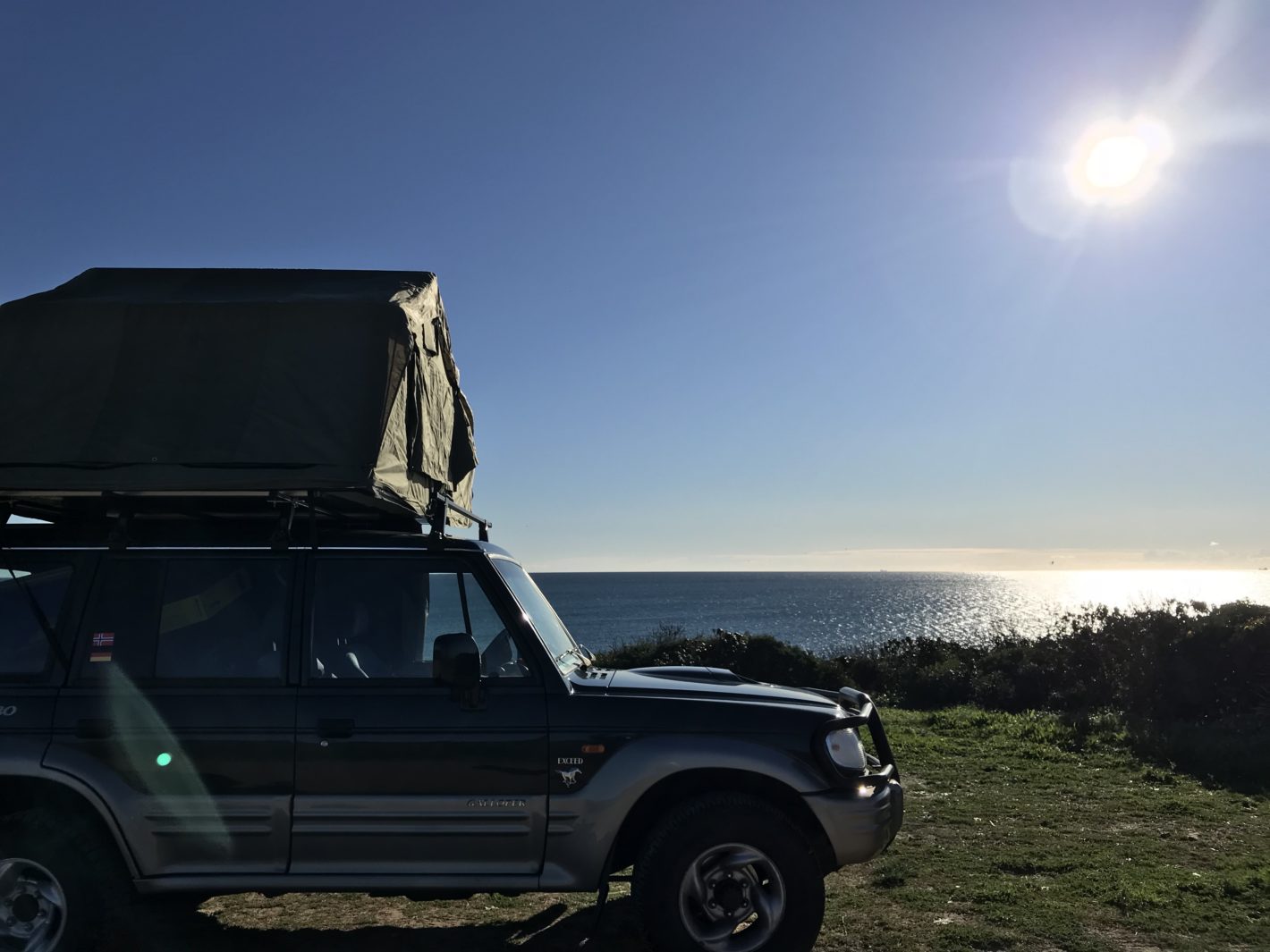 We left Geretsried for Barcelona saturday, eager to leave Germany after two weeks. We desided to take a small detour and not drive through Switzerland high toll charges. Instead we drove up to Stuttgart and from there down to France.
The drive through France was not only agonizingly long, but also quit expensive since the diesel cost almost €1.60 per liter. When driving on french highways you also have to take into consideration the toll charges aswell. In total we spent around €80 on tollroads.

Since our car is not comfortable with speeds over 100kph, we arrived in Barcelona at 03.00 after 20 hours on the road. We stayed at a cheap hotel for 2 nights before Luis went off to London to attend an interview the following monday.
While he was in London I stayed with some friends from Norway who study in Barcelona and since he was gone for 4 days I was able to have a look around the city, which culturally has a lot to offer.

We left Barcelona two days ago (Friday) and drove straight to southern Spain where we spent our first night outdoors in our rooftent. Since it is January and we camped on a beach it was both cold and windy and we slept quite poorly last night.

Yesterday we drove to Tarifa where we caught a ferry over to Morocco and slept at a campsite 30 minutes outside Tangier.
On our way to Tarifa we stopped by Gibraltar. It was a really nice place and they had surprisingly cheap diesel (at just €0.90/L).
The ferry across was really expensive, we paid €140 for the car and €30 per person aswell. The trip over was over fast though, it took just over half an hour.
Today we drove down to Rabat where we must buy our visas for Liberia. In order of stying close to the city center we're staying the night at a hotel. It is definitely going to be nice to sleep in a room instead of our tent. The temperatures the last days have been around 5 degrees celcius during the nights.

Tomorrow we will buy our visas and continue driving south towards West Sahara.